Why is a flag important?  What does the symbol of a flag mean? 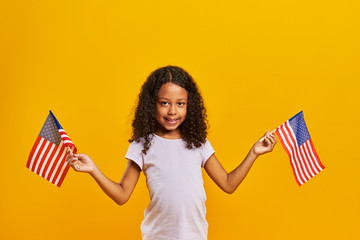 When I see the United Kingdom’s flag, I think:
Royalty; Famous authors (Shakespeare); the foundation of the United States of America; Winston Churchill; Friend

When I see the USA flag, I think:
Patriotism; Liberty; Freedom; Sacrifice … the list goes on.

Here is what others think about the importance of a flag…

One of the most important symbols of a nation is its national flag because it signifies courage and liberty. It also shows what the nation went through in past. Almost all nations in the world have their own flags, and they spend a lot of time and money thinking for the best designs to have a perfect flag that they can show the world. As a sign of respect to this great symbol, a nation would impose rules and regulations on how to display their flags properly, and when people fail to follow, they are given punishments.  https://ezinearticles.com/?The-Importance-Of-A-Flag&id=5543550

Flags and banners have been used for thousands of years and mean different things to different people. Even so, the main reason that flags and banners are displayed is that they represent entities, including a particular country, state, business, leader, community or organization. They are visual symbols used for identification. In addition to identification, individual flags are a symbol of prid

e and respect for the ideals that the particular flag stands for. For example, the United States flag is a symbol of liberty, strength and unity and is a source of pride and inspiration for American citizens.  https://www.flagpolesetc.com/blog/what-is-the-importance-of-flags-and-banners

However, look at the picture of a United States university following their victory at a recent competition in Ohio.  I would love to know the background / back story of this photo.  How come there is a flag of Mexico and NOT of the United States?  Maybe the show has to do with Mexico.  I don’t know.  Even if their show is about Mexico, why not have both flags?

Do not put words in my mouth.  I am at peace seeing the flag of Mexico in that picture above!  NO PROBLEM!  I am not at peace to NOT see any photos of the winning ensembles at this competition with a United States flag!  In the picture above, I would have LOVED to have seen both flags – Mexico and the USA flags

The challenge I am facing is when multiculturalism begins to push out “Americanism.”  As if to say, “there is no American culture.”  When did your child’s PUBLIC SCHOOL have a “Celebrate America” day or even – MONTH?  American authors.  American food.  American music.  American artists.  Reasons people leave other nations to come to our nation!

In the controversial book, “Crimes of the Educators” by Samuel Blumenfeld & Alex Newman (very tough book for me – a thirty-plus year music teacher to read), they have a chapter titled, “Multiculturalism:  The New Cultural Genocide.”  Now, I know that title of chapter and frankly, title of the book appear to be hyperbolic (the new overused word – almost as overused as “awesome”).  When I get past the “hyperbole” and get to the content, there are some powerful points of view.

“For example, in an article titled “Developing a Multicultural Curriculum,” authors Carolyn Brush and Judie Haynes cited a successful multicultural curriculum being used in a SECOND GRADE (my emphasis) classroom in River Edge, New Jersey.  The authors wrote, “This program combines teaching students about world cultures with the talents of the diverse student population.”  They explained:  High student achievement is fostered by this program.  Students from diverse backgrounds develop pride in their heritage.  When they see their home cultures and languages being studied in the mainstream classroom, they feel that their culture has been validated. this helps to develop positive self-esteem in culturally and linguistically diverse children. All students in the class develop pride in their origins and are encouraged to study and share them.  They gain a greater understanding of world cultures and world geography.

This is not what I (author of CRIMES OF THE EDUCATORS) was taught in the New York City public schools back in the 1930s and ’40s.  I was the American-born child of immigrants who had come from Poland in the 1920s.  They sent me and my siblings to public school to become AMERICANS (my emphasis).  They had left behind a culture of poverty and discrimination, and the last thing they wanted was for their children to take pride in that depressing country.  Indeed, when I entered the public school, I was awed by the large picture of George Washington on the classroom wall, and the AMERICAN FLAG (my emphasis). I was in love with my country from the very beginning.  I even wrote a poem about that love, which the school’s principal read at an assembly, much to my embarrassment.  I was proud to be an AMERICAN (my emphasis) and proud to be an adherent to the ideology of AMERICANISM (my emphasis), which Yale professor David Gelernter calls ” the Fourth Great Western Religion … a militant creed dedicated to spreading freedom around the world.”  Page 226.

To Professor Gelernter, AMERICANISM (my emphasis) is much more than mindless patriotism.  He wrote in his book, AMERICANISM, “I will argue that America is no secular republic; it’s a biblical republic. Americanism doesn’t merely announce the nation’s ideals on its own authority; it speaks on behalf of the Bible and the Bible’s God, as Lincoln did in his Second Inaugural Address.  Its goal is for America to move forward ‘with firmness in the right, as God gives us to see the right,’ as Lincoln said in that same speech.”  Page 227.

There is much more to that chapter, but I am not looking to increase the chances of picking a fight or losing friends.  People have a difficult time accepting different ideas.

My point is … as we have embraced the idea of multiculturalism the “unintended consequence” (and that “unintended consequence” thought could be debated) of losing our American Culture.  The “simple gesture” of carrying the flag to honor nation does not fit the idea of multiculturalism.  If parents do not teach patriotism, I don’t think their children will learn patriotism at a public school.

Final thoughts from the book:

While that American consciousness was given to us by our Founding Fathers, who, for the most part, were indeed white, Anglo-Saxon Protestants, one does not have to be white, Anglo-Saxon, or even Protestant to accept it.  There are many African-Americans, Hispanics, Germans, Armenians, Russians, Catholics, and Jews who accept it.

Becoming an American does not mean aping (imitate the behavior or manner of (someone or something), especially in an absurd or unthinking way) WASPs.  It means accepting the essence of what the Founding Fathers stood and died for.  That essence is founded on biblical principles, which included the concept of moral absolutes.  To deprive schoolchildren of that knowledge is to rob them of their common American heritage.  Page 231.

We need to teach our children it is okay to love their nation.  It is okay to wave the USA flag.